As traditional teamwork declines, remote work will take on an increasingly large role in performance.  The question we should ask ourselves is, can remote work outperform teamwork? 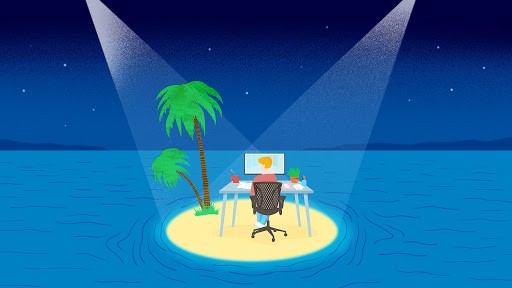 Close proximity has been a defining attribute of elite teams, yet many organizations are adopting various levels of remote work. As traditional teamwork declines, remote work will take on an increasingly large role in performance.  The question we should ask ourselves is, can remote work outperform teamwork?

First, is proximity truly a defining attribute of teams?

Indulge me as I come off the rails a bit here. I’m going to share a story from law enforcement that seemingly has nothing to do with our business in subcontractor technology. This is not to draw a comparison between business and police work, but to bring attention to the fact that there is more information that is dependent on proximity than most believe.

Since I was 8 years old, I’ve had the privilege of being surrounded by some of the world’s highest performers in Olympic wrestling, professional mixed martial arts, elite law enforcement squads, military and business. Close proximity teamwork was always at the center of success and was largely taken for granted.

It wasn’t until I started working in law enforcement that I started to pay special attention to proxemics, which is the study of human use of space and the effects space has on behavior. I worked in a busy downtown division – an area of the city where it was common to walk into a room and have the hair on your neck stand up.  We were always told that those ‘spidey senses’ and ‘gut feelings’ did not qualify as evidence in court so I paid extra attention to human behavior in order to articulate evidence more effectively.

I attended an address where a woman suffering from schizophrenia was standing at the top of a narrow staircase, wielding a chef’s knife at officers, screaming “You’re not taking my children”. Myself and 2 officers, Pina and Peter, went up the rear fire escape to a bedroom window and saw a child around 3-4 years old crying hysterically as a slightly older child comforted him while covering the crying child’s ears.

We could see the emotionally disturbed woman just outside the bedroom screaming down at the officers, so we quietly knocked on the window to get the children’s attention. The calm child opened the window, guided the 4-year-old into Pina’s arms and then crawled out the window himself into Peter’s arms.

I entered the apartment, snuck up behind the women, signaled officers, disarmed and restrained the woman without injury to her.

When I came back outside to let the children know their Mom was ok, the calmer child put both of his hands on my face and said “My mom needs help. Can you take her to the hospital?”.

Furthermore, the calm child had clearly been conditioned to crisis. While unfortunate as that is, his ability to stay calm under pressure, recognize signals of trust and act on them prevented a serious escalation of violence as weapons were involved.

Without exaggeration, these types of VUCA scenarios (volatile, uncertain, complex, ambiguous) occur hourly, if not more in Toronto Police Service’s 14 division. Experiencing these scenarios on a daily basis, imprints just how much proximity influences communication and performance.

In fact, when you experience the immense impact proximity and behavioral cues have on people, you notice with great clarity just how much communication is lost when you do NOT share the same physical space.

More mainstream examples of proximity’s impact are seen in sport and business every day. Anyone who has been a champion or been on a championship team feels similar dependence on proximity and behavioral cues that police do in crisis resolution. And anyone who has brought people together in business during a crisis has also felt the impact of proximity.

While these examples require proximity, some business initiatives do not, so these are not intended to be equal comparisons. They are intended to show that MORE information is exchanged when people share the same space and that information has much greater impact on performance than many believe.

Why is proximity so influential?

The MIT Human Dynamics Lab, run by Alex Pentland, studies group chemistry and connection. The lab’s research affirms what elite teams feel every day, which is the fact that our brains rely on signals and belonging cues such as eye contact, attention, body language and tonality in close proximity to let them know that it is safe to be with the group and that the group likely has a strong future together.

In short, our brains are designed to work in close proximity to others. For over 95% of the time our ancestors have been on this earth, we did not have language. Language is only around 200,000 years old yet the survival of our species in the 5-6 million years prior was dependent on behavioral cues and signaling.  When you consider our evolution over millions of years it is not surprising that our brains are incredibly effective at receiving cues and signals.

This connection from non-linguistic cues and signals creates a chemistry and team culture but it is entirely dependent on close physical proximity.

This is further supported by outstanding research by Daniel Coyle, author of the Culture Code, on some of the highest performing teams in the world. What was most interesting about Daniel’s research was the following list of core attributes that existed in all of the elite teams he studied;

Daniel’s list aligns with every elite team I have been a part of since I was 8 years old, especially the addictive chemistry. I can still remember the feeling of comradery which, at the time, I never wanted to end.

But wait…team proximity is on sharp decline!

COVID-19 response is creating a world that makes team proximity in business difficult.

But even without Covid, a recent Harvard Business review study showed 96% of employees want flexibility to work from home and to choose their own hours. This data aligns with our own data here at Plexxis Software Inc., where 94.7% of the applicants in 2018-2019 said they wanted flexible hours and work from home options.

At Plexxis, we work as a team, as closely as possible with COVID restrictions, and do not allow work from home, except in rare exigent circumstances. This approach comes at the high cost of limiting candidates to the 4% of people who prefer proximity but we pay that price in order to maintain elite team cohesion. We experience the benefits first hand and are often surprised at how fast and furious the world is moving away from proximity.

What is also surprising is that after Googling “attributes of high performing teams” and searching 14 pages deep, there was no mention of proximity as a core team attribute. Deeper research revealed that there are over 8,100 peer reviewed research papers on high performing teams, and still no emphasis on this most important attribute.

It feels like most of the world underestimates the value of proximity.

As the majority of the world moves towards remote work, we should anticipate a negative impact on physical and mental well being. So before we continue to answer our original question, I want to offer a simple tactic remote groups can add to their routines that will help mitigate the negative impact on mental health.

We hope you find this useful.

At Plexxis, we prioritize well being as it is a foundational requirement for elite performance and quality of life. We do this by paying attention to team members and looking for symptoms of stress, struggle and distraction.

Upon observation, we trigger conversations around stress, struggle and distraction and adjust professional development initiatives and course content accordingly. This enables us to identify problems before they cause irreparable damage to people and the mission.

This is simple when you share the same space and learn each other’s behaviors’ but if you are a part of a group that works remotely, you will likely not see symptoms of struggle until it’s too late. This means time needs to be set aside to normalizing conversations on well being in a pro-active manner.

Concern; People tend not to openly discuss their struggles unless leaders have built exceptional levels of safety and trust in the environment, which is rare, especially when groups work remotely.

Solution; Ask 3 simple questions that help identify symptoms of struggle, stress and distraction instead of asking invasive questions about causes, crisis and diagnoses.

These questions help you “see the unseen” so you can begin the important conversations around health.

The answers to these questions open the door to conversations that help address and maintain good health before significant damage is done to employees and the mission.  Also, patterns may emerge that might expose a crisis, enabling leaders to become a ‘path to professionals’ who can help with issues outside of the leader’s skill set.

I personally use this tactic both at Plexxis and with the professional fighters I train.  In almost every case where a struggle is exposed, the struggle is mental, not physical. The candid discussions that follow normalize and de-stigmatize conversations around mental health and performance which truly help teammates become their best.

Even when you are an observant leader or teammate on a tight cohesive team, people can successfully hide symptoms if they feel the safety isn’t there.  For that reason alone, it is important to maintain this routine to normalize conversations so teammates feel they can be candid.

Back to answering our original question;

As most of the world is transitioning from transitional teams who share the same space to remote work, which is best done through “teaming”, it helps to define and understand the difference between the two.

An excellent book to read on teaming is; Teaming: How Organizations Learn, Innovate, and Compete in the Knowledge Economy, by author Amy C. Edmondson, a Professor of Leadership and Management at the Harvard Business School.

The difference between team and teaming can be summed up as; Team is a noun. An established group of people located in the same place, as a static entity, pursuing a common goal with stable boundaries, tasks and trust.

Teaming on the other hand is a verb. A dynamic activity of a group of people, who are not a bounded static entity, who come together to pursue a common goal.

Groups who do not share the same physical space, yet are pursuing common goals, can do so through remote teaming.

The question we should be asking then is; can remote work outperform teamwork?

No it can’t. We don’t believe teaming will ever outperform teams.

There is a small chance that technology may enable humans to connect and communicate as effectively as they do in close proximity but for now, remote teaming will require significant effort, ever-present leadership, sound strategy and effective tactics in order for groups to maintain high levels of performance and well-being.

Hold the door!!! What about companies with multiple branches and locations?

These high performing subcontractors have a strong macro culture, exceptional leadership, vision and a clear mission that keeps all locations and divisions aligned, yet each physical location still seems to develop it’s own micro culture within the macro umbrella.

It is not only fascinating to observe, but discovering those variances between locations is now a core milestone in our discovery process that helps us build the deployment plan for our software.

Regardless of whether you agree that proximity is better than remote teaming, I think we can all agree on one fact; How groups interact has significant influence on what they become.