2 tips for the harsh reality of today’s communication

It’s an ugly truth that most businesses, relationships and company initiatives fail. And all too often, poor communication is seen as the root cause of the failures. 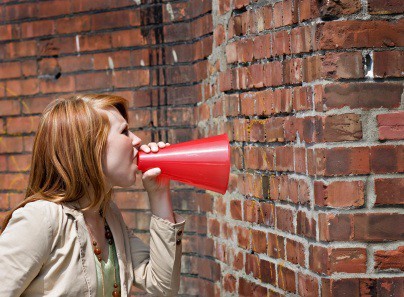 2 tips for the harsh reality of today’s communication

It’s an ugly truth that most businesses, relationships and company initiatives fail. And all too often, poor communication is seen as the root cause of the failures.

But is poor communication the problem or a symptom?

Before you answer, consider these 2 facts:

Fun fact 2: You, along with many people and leaders have most likely invested time and money into one or more resources above aimed at improving communication, yet failure rates do not improve.

So, if that level of effort is being committed to improving communication, and if poor communication is the core problem when things go off the rails, then most businesses, relationships and company initiatives should be making tangible progress…right?

Shouldn’t they be as successful as they appear on social media and in their marketing?

Communication is not a problem. It’s a symptom…A giant red flag you cannot ignore.

Does this workplace example sound familiar?

Then problems persist and then cycle repeats itself. Making this worse, the above cycle doesn’t solve the core problems, which do not get addressed and erode the very goals that are being pursued.

Addressing symptoms while ignoring core problems is like taking sleeping pills so you can sleep on the floor instead of sleeping in the comfortable bed right beside you.

Fear not. There “can” be a bright light at the end of this tunnel… and it need not be a train coming at you!  At Plexxis Software, an integral building block of our internal training is a high-performance course of 20 classes over 7 weeks and one of the 20 classes addresses this problem. Keep reading to learn more.

“But first, if you are still reading, CONGRATULATIONS! You have a greater attention span than 38% of the population. The rest of this article will test that attention span even more, on purpose, as paying attention to attention will prove really fu#$ing important in the solutions that follow.”

To understand the problem and solution better, it will help to review one of the most popular communication solutions from the list above, the DiSC assessment. Some companies experience a significant improvement with their team’s communication after the DiSC program yet, we’re claiming it’s a waste of money.

Why would we say that?

Personally, I have done the DiSC assessment 3 times and observed the same symptoms and core problem each time.  At one conference in 2018, an attendee stood up and said “I did this at our company 2 years ago and it was the best thing we ever did. We posted our personality types on our doors and wore badges, so we all knew how to communicate with each other. It works great!”

This glowing reference is similar to others I heard but remember, communication is not a problem. It’s a symptom…A giant red flag you cannot ignore.

If communication is not the REAL problem, then what is the problem?

For this example, Mr. Rogers, AKA Fred Rogers from the television series Mister Rogers’ Neighborhood, which ran from 1968 to 2001, has the answer.  Fred was known as an exceptional communicator. The truth is, he simply gave people his undivided attention and great communication was the result.

Mr. Rogers says it best during an interview with Tom Junod:

Mr. Rogers personified ‘being present’. He was authentically interested in every person he spoke to which enabled him to communicate as humans were meant to communicate. Most people already have everything they need for elite communication, yet most are thinking about other things while they are speaking with people standing right in front of them.

Also, people tend to listen in order to respond rather than listening to understand which erodes the trust in relationships and prevents people from noticing critical behavioral cues which results in poor communication.

Even though we stated that DiSC is a waste of money, for companies with distracted workers and leaders, it’s a very good use of time. Those companies who benefit from the DiSC program realize success NOT because DiSC’s outdated pseudoscience from the 1920’s is magic, but because the distracted workers start paying attention to each other.

Poor communication in this case was a symptom. Poor attention was the problem.

DiSC is a waste of money because these companies can achieve the exact same result, or even a better result, simply by emulating Mr. Rogers, which is free.

How then, do high performers avoid using poor communication as a scapegoat?

Like Mr. Rogers, high performers ‘appear’ to be great communicators but in reality, they’re EXPERTS at paying attention to people they are communicating with. As a result of providing undivided attention, which leads to great communication, they are able to build the habit of recognizing, diagnosing and voraciously attacking real underlying problems.

2 tactics that, when used properly, help people achieve this level of performance and build the habit of recognizing, diagnosing and voraciously attacking real underlying problems are ‘back briefs’ and ‘AARs (After Action Review)’.

Tactic 1 of 2: Back Briefs and how do you use them properly? Back Briefs are so simple a caveman can do them (Sorry to any cavemen reading this. We mean no offense).

This validates the speaker’s ability to be clear, the listener’s ability to listen and it builds trust within the group as people show they care enough to listen while helping the team communicate with military precision. If and when things go wrong, they can eliminate communication concerns from investigations, bypassing symptoms, and focus entirely on identifying core problem(s).

Want to improve your communication odds? Say the following phrase in EVERY key discussion until it becomes a habit: “I don’t know what I said until you tell me what you heard”.

Extra tip: Face to face wins the race! When possible, communicate face to face as humans are hardwired to recognize countless non-verbal behavioral cues that improve communication. (Tactics to overcome challenges of communication over media are covered in other classes.)

Tactic 2 of 2: AARs (after action reviews) and how do you use them properly? An example of effective AAR is a 3-10 min meeting after every major event (i.e.: projects, missions, presentations, training exercises etc.) that answers 3 questions:

Proper use of AARs ensure real problems are identified and preventative measures are distributed across the entire team to prevent recurrence.

AARs seem simple enough for cavemen to do (again, sorry cavemen) but few succeed because of 2 fatal flaws.

Fatal flaw #1: Inconsistency: AARs must be done after EVERY major event. A mistake companies make is that they only do them when things go wrong. This is catastrophic because people start to associate AARs with negative events, which damages the psychological safety team members need in order to be open and candid in AARs.

When team members censor themselves out of fear, AARs fail to be effective.

Fatal flaw #2: Inaction: AARs require immediate distribution and execution of solutions across teams to be effective. To avoid information overload, AARs are limited to major events and resolutions for problems that harm the mission and the team. Problems that impact individuals or one-off events do not apply here.

A mistake companies make is they treat AARs like reports to feed analytics for future decisions. Again, this is the catastrophic equivalent of continuously collaborating with coworkers and agreeing on positive changes, only to have co-workers come to work the next day and do the things you just agreed not to do.

Employees routinely leave companies because of harmful behaviors that persist despite knowledge of the harmful behaviors being known by leaders. There are many reasons for this type of inaction but almost all of the reasons can be traced back to a weakness in leadership.

An example of effective AARs are officer safety notifications in police work. These notifications describe incidents where police officers were injured or killed in action by a means that could be occurring in other locations. They inform officers across the service, and sometimes across North America and Globally, so they can prevent injury or death to themselves and others on their platoon.

An example of effective AARs in business is sales demonstration AARs. These help identify new objections or competitive intelligence that injure sales so sales teams across an entire company can implement corrective measures immediately to protect sales pipelines.

As most businesses, relationships and company initiatives fail, most people, teams and leaders commit inspirational levels of effort and grit to pursue success. Their effort, however, is focused on symptoms, not the problem.

When done properly, back briefs and AARs help shine a big giant beautiful bright light on the real problems, enabling leaders and team members to refocus their impassioned energy and turn every step backwards into 3 steps forward.